Venture through the birthplace of wine on this exclusive women’s tour to Georgia.

Dine with female winemakers and taste the organic wines they have been growing in their families for thousands of years. Wander through UNESCO world heritage sites from ancient civilizations. Be spellbound by breathtaking mountain views.

This wine adventure is a foodies delight. Over 9 days, we’ll show you the best of Georgia — and you’ll see why it’s one of our favorite countries on this Earth! 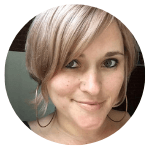 Kelly Lewis is the founder of Damesly and a women’s travel industry maven. It’s her passion to help women to see the world to discover how strong and capable they really are. She’s also the founder of Go! Girl Guides and the annual Women’s Travel Fest conference. Most recently she also founded Roamery, which sells jewelry and accessories from around the world.

Reserve this trip with a non-refundable deposit, or pay in full. The balance of your tour is due 60 days before departure.

After arrival at Tbilisi International Airport, transfer to the hotel for a bit of rest. If time permits, we’ll do a half-day city tour today, including a ride on the city’s cable car. 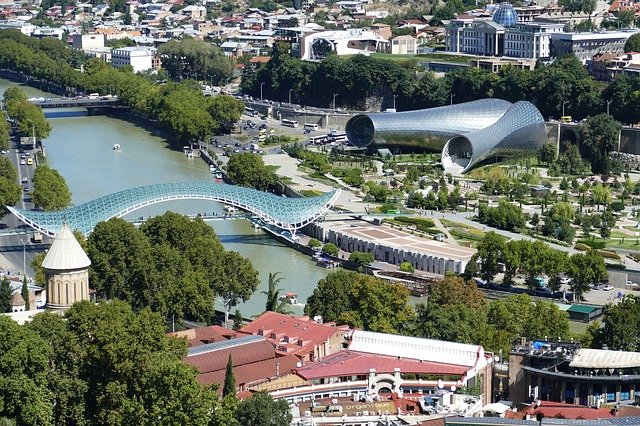 After breakfast at the hotel, we’ll drive to a region in central Georgia called Kartli to see some UNESCO sites that are pretty amazing!

Jvari Monastery: Our first stop will be visiting ​​Jvari Monastery, a sixth-century Georgian Orthodox monastery that is a World Heritage Site by UNESCO. Jvari is a rare case of the Early Medieval Georgian church that survived to the present day almost unchanged. Built atop of Jvari Mount (656 m a.s.l.), the monastery is an example of harmonious connection with the natural environment, characteristic to Georgian architecture.

Uplistsikhe Cave Town-Fortress: A series of caves and tunnels that are mentioned in chronicles from earliest times. Its history begins in the I-II millennium B.C. Uplistsikhe was an important religious, political and cultural center in the Hellenistic and the late Antique periods (IV c. B.C. – IV c. A.D.).

Lunch and wine tasting today with one of the most incredible winemakers in the country – Andro Barnovi with Wine Artisans.

Tonight we’re staying at Nicka Vacheishvilis’  wine Guesthouse, which is female-owned and operated in the village of Ateni.

And yes, there will be wine! 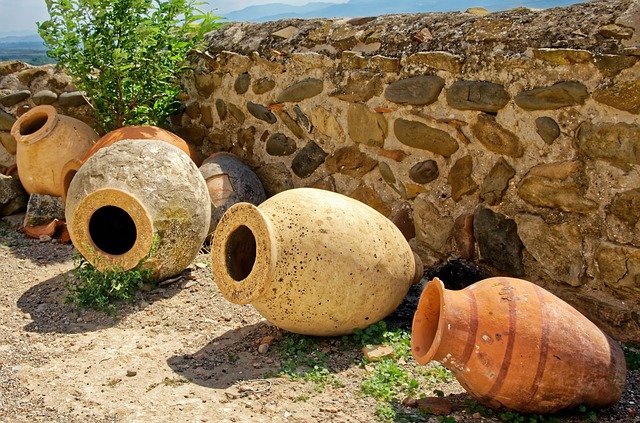 After breakfast, we’ll continue our journey through Georgia with a drive to the Western region of Georgia, Imereti.

Lunch today will be with a female winemaker at her home, which will be a real treat! After lunch we’ll visit the Prometheus Caves, a very unique cave system full of stalagmites and stalactites.

From here, we’ll go to the Gelati Monastery. Founded in 1106 in the west of Georgia, the Monastery of Gelati is a masterpiece of the Golden Age of medieval Georgia, a period of political strength and economic growth between the 11th and 13th centuries. The Gelati monastery, one of the largest medieval Orthodox monasteries, was also a centre of science and education and the Academy it housed was one of the most important centres of culture in ancient Georgia.

Tonight you’re free to relax and have some downtime. We’ll present some options for dinner, or you can just hang out at the hotel! 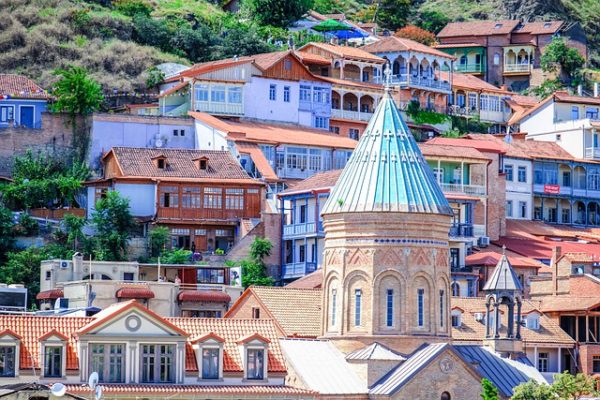 After breakfast, we’ll do more exploring in this region.

First, we’ll visit Okatse Canyon, uniquely located in an unbelievably deep and narrow ravine. Okace’s canyon is 3 to 6 meters wide and 20 to 100 meters deep. Along the canyon several waterfalls are found. Okatse Canyon occupies more than 2 kilometers and is regarded to be a masterpiece of nature.

Lunch today will be at Oda Winery, a winery owned by a female winemaker, who specializes in organic wines.

From here, we’ll go to Martvili Canyon. Then, we’ll do a walking tour of Kutaisi, before dinner at a local restaurant. 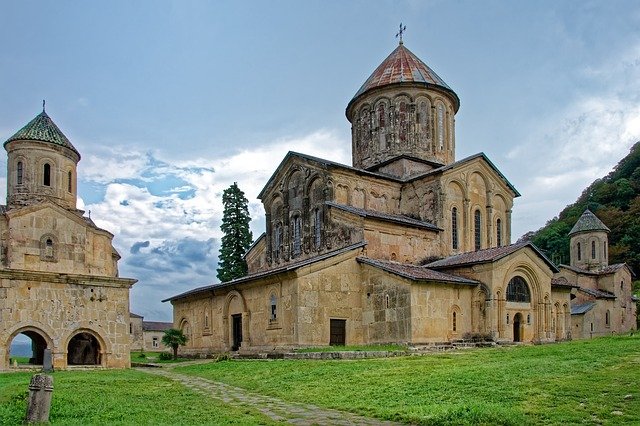 Today is all about views! After breakfast, we’re driving through a mountainous region in Georgia that is sure to take your breath away.

Today’s highlights are plenty, but include: Jinvali Water Resevoir, a visit to the Ananuri Church & Fortress, and the famous Gergeti Trinity Church, which sits at 2,200 meters above sea level.

The history and the views today are truly one of a kind and so special – and one of the best places to view them is from our hotel! 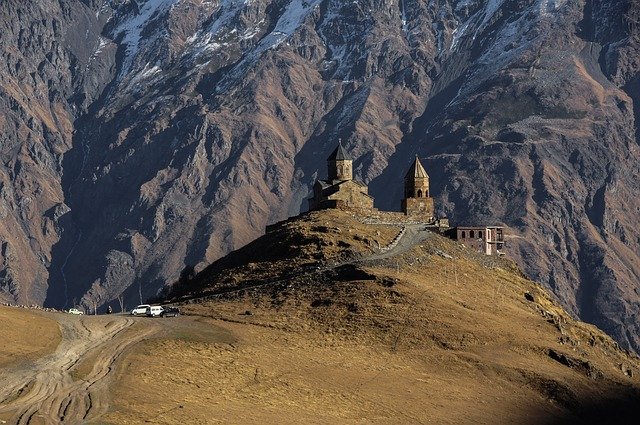 After breakfast, we’ll begin driving to the Kakheti wine region. Our drive today is a long one – four hours – but we’ll break it up with view stops!

Lunch today is with a female organic winemaker, Keti Berishvili, in her village of Artana.

After lunch, we’ll visit the Alexander Chavchavadze house museum and estate before continuing our journey.

Dinner tonight is at our hotel. 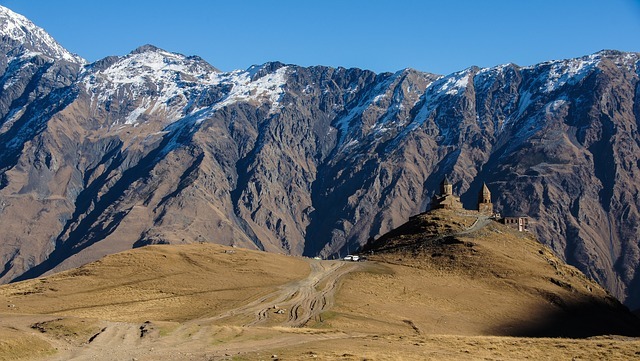 After breakfast we will explore more of Kakheti. Our first stop will be to the wine factory Shumi, where we’ll do a tasting.

Lunch today is at Okros, with a female winemaker in Sighnaghi. From here, we’ll make our way back to Tbilisi.

Tonight’s dinner is at an authentic Georgian restaurant. 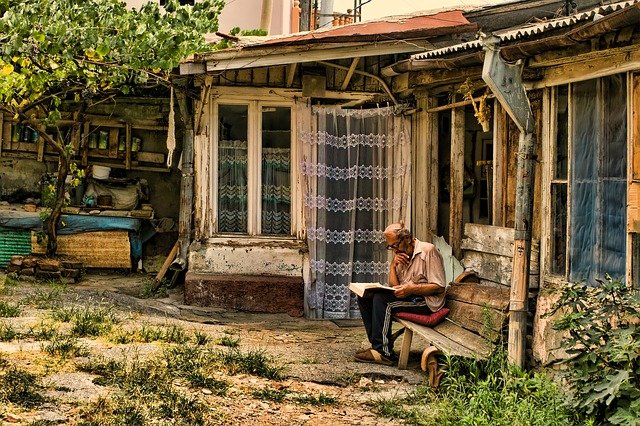 Today is your free day to explore Tbilisi. We’re happy to make recommendations on what to see and do, or, you just relax and get ready for departures tomorrow.

Transfer to the airport.

Accommodation is in rooms in 4 and 5 star properties throughout Georgia. Tour is priced for double occupancy, meaning you’ll be sharing a room with one other person.

Money How much should I bring?

Plan on spending about $20/day for lunch. Bring another $10-20/day to tip your driver and tour guide.

Flights Where do I fly into?

You’ll fly into Tbilisi International Airport (TBS). Fly in anytime on Day 1 and out the morning of Day 9.

Want us to handle it? Send us an email to info@damesly.com and we help advise on flights.

There are no reviews yet.

Be the first to review “Georgia” Cancel reply

This site uses Akismet to reduce spam. Learn how your comment data is processed.

Cancel 30 days before a tour and receive a full credit or a refund, minus your deposit.

How we're keeping you safe on our small group tours. Read our COVID-19 Policy.

Want your own room? We've got you! Request to upgrade to solo or make this tour private.